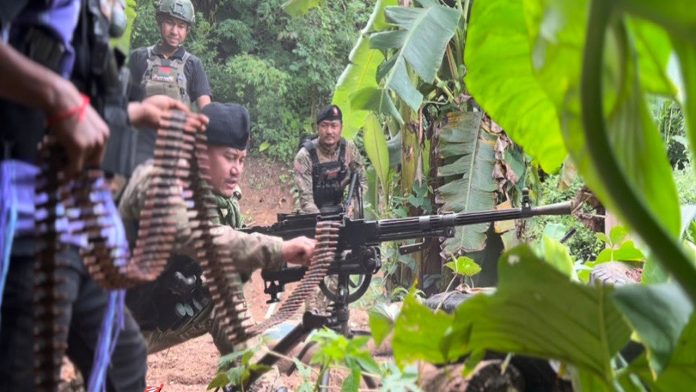 There were at least 7,855 armed conflicts across the nation between February 1, 2021, when the military took power, and November 15, this year, according to the report released by Institute for Strategy and Policy-Myanmar (ISP-Myanmar) on November 22.

In addition, there were at least 925 clashes between the junta armed forces and the combined forces of EAOs and the PDFs.

ISP-Myanmar data indicates that in May of last year, there were at least 622 conflicts between the military council and the EAOs.

In October, there were at least 57 airstrikes in 15 townships in Sagaing and Magway, including Kachin, Rakhine, and Karen States, according to ISP-Myanmar.

The air attack took place at least 12 times in Bamauk Township of Sagaing Region, resulting in at least 37 civilian deaths.

Similarly, more than 70 people, including civilians, were killed in an airstrike in Ananpa village, Kachin State’s Hpakant Township.

According to ISP-Myanmar, the current data is based on the statements of independent media outlets and civil society organizations, and the actual figure may be higher on the ground.