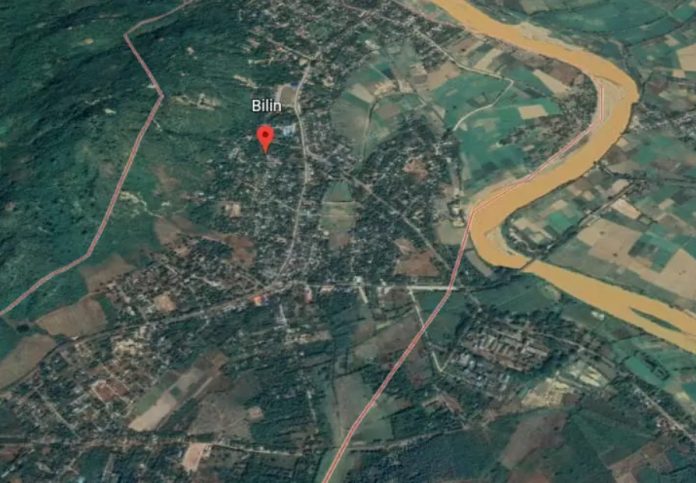 The military tensions are on the rise in Belin held by the Karen National Union (KNU) Brigade 1 as junta armed forces are conducting operations there, the KNU’s Alliance Supervisory Committee told Than Lwin Times.

The military column has entered Belin township, claiming to clear the area, and the base camps have been firing into the villages almost every night for the past few days.

The head of the KNU’s Alliance Supervisory Committee (Thaton), Colonel Saw Kyaw Myint, warned that if the conflict may intensify if the military council engages more military operations.

He said, “On November 27, when the LIB 404 and LIB 406 troops exchanged, there was a landmine explosion and an exchange of fire. The battle depends on their movement. If they move, there will be a fight”.

On November 26, a junta warplane bombed the former headquarters of the KNU Brigade 1 in Thaton District, damaging two buildings.

Although there hasn’t been any fighting in Belin Township, held by KNU Brigade 1, there is now renewed tension between the two sides as a result of junta’s military activities.