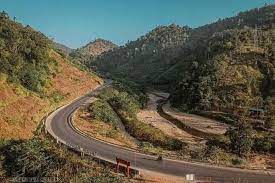 Fighting continued to intensify due to the junta army’s military activities in Karen State’s Kawkayiek Township on December 23, Karen New Year’s Day, when the military leader once again invited ethnic armed organizations to walk on the path of peace.

Junta leader Min Aung Hlaing sent a message in honor of the Karen New Year, which occurs on December 22, saying it is time for ethnic armed organizations to break free from the armed conflict.

Furthermore, the brutal leader stated that restoring perpetual peace across the country is the primary requirement for building the Union based on democracy and federalism, and he requested that armed conflicts be abandoned in order to peacefully walk along the correct political path through dialogue.

The coup leader said that achieving peace is the main requirement, but on the other hand, his forces are continuously firing heavy weapons and aerial bombardment into the KNU-held Kawkayeik Township on the special day of the Karen New Year.

One resident of Kawkayeik was killed in the junta’s mortar attack.

Since December 16, fighting between the KNLA joint forces and the junta army has gotten worse in Kawkayeik Township, under KNU Brigade 6, in the Dooplaya District. The junta also regularly launches airstrikes and artillery fire into nearby Kawkayeik.

The mortar shells and air strikes by the junta army destroyed many houses in villages near Kawkayeik; some locals were injured, and the majority of them fled to nearby villages.