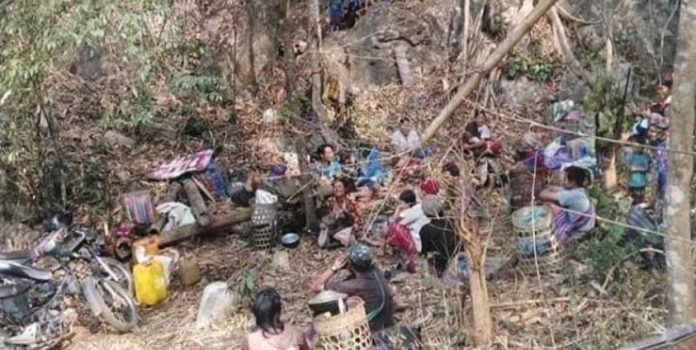 The displaced people who returned to their homes are fleeing again as a result of the junta’s mortar shelling in KNU’s Kyaikto, according to a PDF official.

More than 4,000 residents of Kyaikto township fled in the first week of December due to the junta’s indiscriminate shelling by the Theinzayat-based artillery unit, and they have recently returned to their homes.

In the afternoon and evening of December 21, the Military Council’s artillery unit fired at least 10 heavy weapons towards the villages of Thone Khwa and Ye Kyaw, where the returnees live.

As a result, the residents are fleeing for the second time to nearby forests and safe places.

Since the beginning of December, the military council has increased the deployment of howitzers, 120-mm mortars, and long-range rocket launchers at its bases in Kyaikto Township.

Meanwhile, the junta conducted aerial reconnaissance over areas in Thaton where they suspected PDFs were present. present.