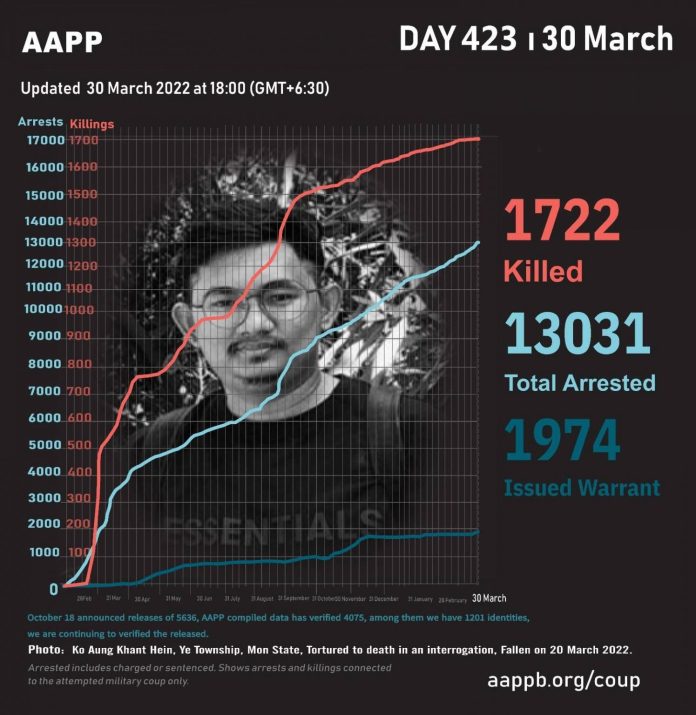 As of March 30, (1722) people had been ruthlessly killed in (423) days of military coup across
Myanmar, according to the Assistance Association for Political Prisoners (AAPP).