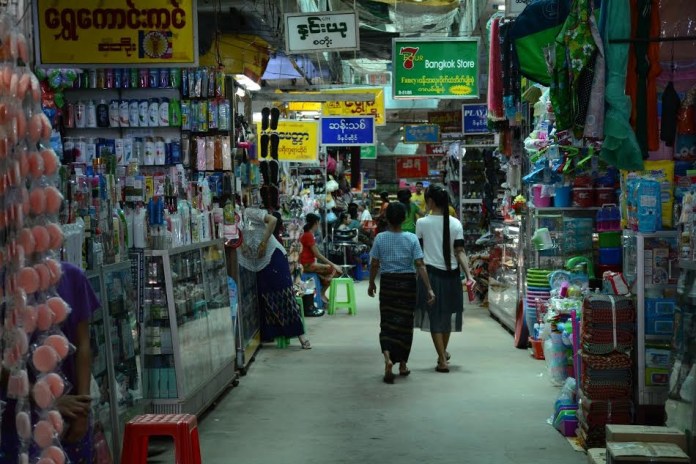 The border traders told the Than Lwin Times that the price of Thai products has skyrocketed again as the exchange rate of the Thai baht, like the dollar, has risen due to the military council’s monetary policy restrictions.

In the second week of July, the military council said that companies with up to 35% foreign ownership had to convert their foreign currency holdings to Myanmar kyat.

Due to these restrictions, one US dollar is being bought at the exchange counters at a rate of 2,450 kyats, and the Thai baht exchange rate has also jumped to 67 kyats per baht.

A border trader said the price of Thai products has increased by 15 percent, depending on the baht exchange rate.

The traders said that the arrival of goods in the market has also decreased significantly after the decrease in border trade flow due to the surge in the price of the Thai baht.

Due to the high demand for basic food products such as edible oil, powdered meat, coffee mix, and instant noodles, which are mainly imported from Thailand, the lives of ordinary people may be in turmoil, according to businessmen.