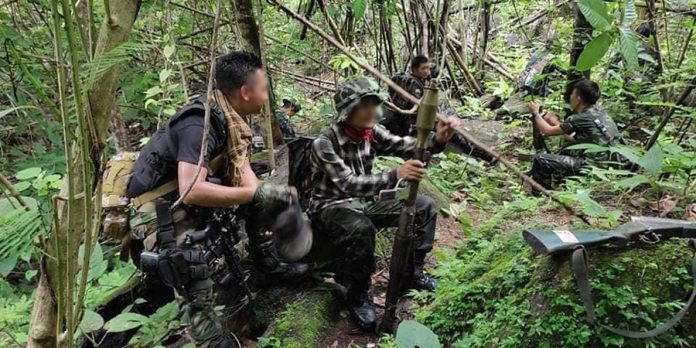 There were clashes between junta troops and KNLA joint forces near Mayang Chaung village in Mon State’s Kyaikto Township, the source from Thaton PDF told Than Lwin Times.

A clash between regime forces and the KNLA joint forces broke out as the 30-member army entered the area and conducted military operations.

According to an official from Thaton PDF, at least one member of the military council was killed and the other was wounded during the battle between the two sides.

He claimed the KNLA joint forces were able to successfully retreat without suffering any casualties following the conflict.

Additionally, a junta convoy was hit by a mine on the morning of August 9 near Ingabo village in Kyaikto Township; the details of the casualties are still unknown.

As a result of the military council’s intervention in recent days, skirmishes are ongoing in the territories held by KNU.