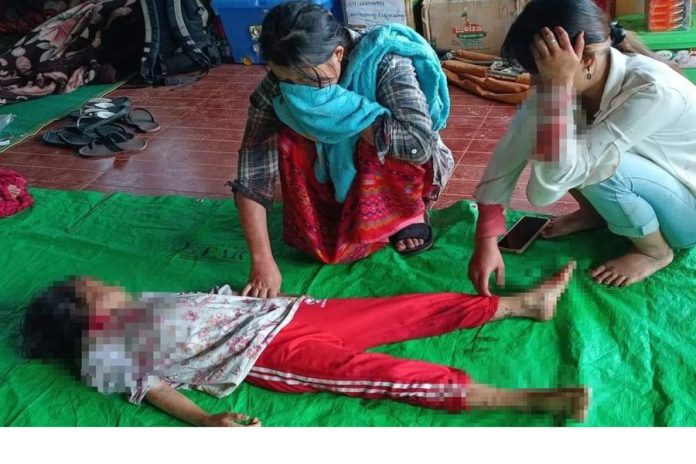 The four civilians, including two children, were killed and 13 were injured when the military council fired mortar shells on the town of Mobye on the Shan-Kayah border, the residents told Than Lwin Times.

On September 16, around 6:00 am, the Light Infantry Batallion 422 the Military Council based in Mobye, fired a heavy weapon recklessly when there was no fighting and it exploded inside the Mwedaw monastery where the refugees live.

Two siblings, aged around 10 and two men aged over 50, were killed in the explosion, and 13 civilians were injured.

A local resident said that there are not enough vehicles to transport injured civilians to the hospital.

In the last few days, after the fierce fighting between the Military Council and the Defense Forces in the town of Mobye, the civilians were taking shelter in the Mwedaw monstery and were hit by heavy weapons.

Local defense forces have warned residents to stay in a safe place as fighting may break out in Mobye town at any time.