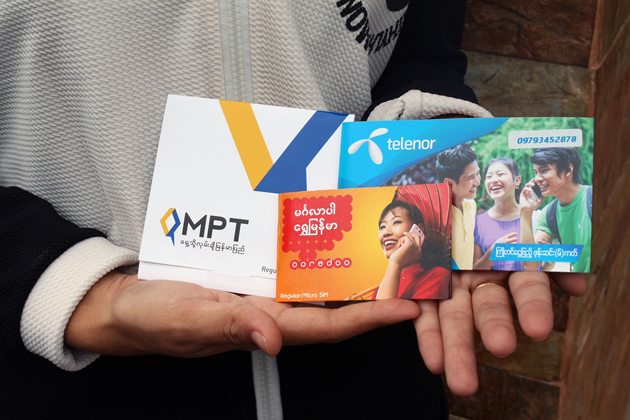 The regime’s Posts and Telecommunication Department has announced that SIM cards with incomplete data will be closed and the remaining balance from SIM cards will be seized as public funds.

The military council warned that the names and national registration cards filled in during the registration of SIM cards will be checked against the e-ID database of the Ministry of Immigration and Population.

Therefore, people who use SIM cards are worried about their security, a SIM card user told Than Lwin Times.

On September 16, the junta-controlled Central Bank announced that the Wave Money and KBZPay accounts that have not been upgraded to Level 2 and have incomplete personal data will be closed.

According to the Posts and Telecommunications Department of the Ministry of Transport and Communications, some are using SIM cards without correctly filling in their names and national registration card numbers.

The Posts and Telecommunication department issued a statement on September 20 to use SIM cards only after properly registering with the original name and national registration card number.