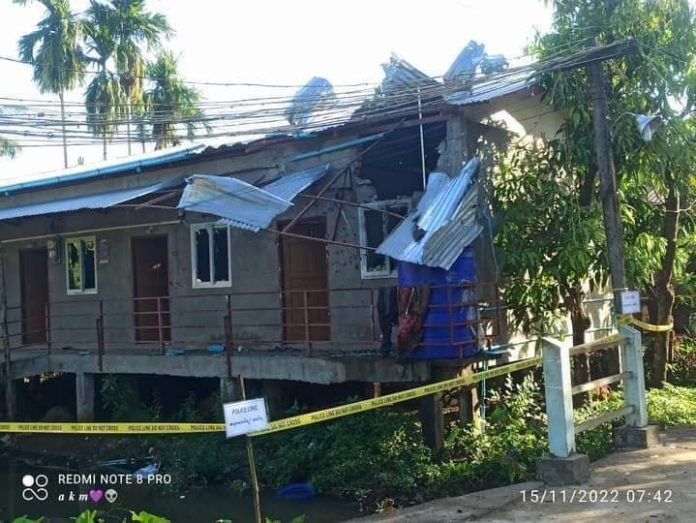 The arrest of PDF comrades following an exchange of fire between the two sides in Mawlamyine, Mon State, was due to the tip-off from military informants, the residents told Than Lwin Times.

The military supporters informed the Military Council that PDF soldiers were present at a barracks at the Zeyathiri 3rd Road, so the soldiers arrived in large numbers, leading to an exchange of fire between the two sides around 5:30 on November 14.

Mawlamyine-based Special Underground Task Force reported that four PDF comrades and one woman were arrested, along with three weapons, in the raid.

The two soldiers were wounded, and the son of the ward administrator of Zeyarthiri was killed in the exchange of fire.

The local residents said that the arrested PDF comrades were being beaten and tortured by military personnel, and that their lives were in danger.

Residents claim that the barracks where the shooting occurred have been blocked, and that the barracks’ owner was arrested by the military regime, but Than Lwin Times has yet to independently confirm this.

At the moment, military council troops have heightened security in Mawlamyine and at the city’s entrance gates, patrolling with a large number of troops.