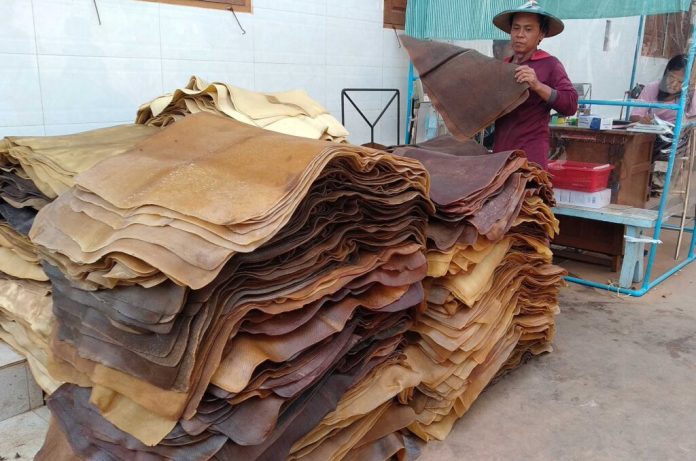 As the rubber price in Mon State continues to fall due to the restrictions of the Military Council, most of the rubber farms are likely to shut down, rubber growers told Than Lwin Times.

The price of rubber continued to fall after the junta-controlled Central Bank issued a directive requiring 65 percent of export earnings to be converted to Myanmar kyat within one working day at the specified rate.

According to one rubber farm owner, if the price of rubber continues to fall, most rubber farms will be forced to close their operations soon.

The market for trading rubber nearly completely stopped 10 days after the regime’s Central Bank declared that the rule requiring 65 percent of export earnings to be converted to Myanmar currency within one working day would go into effect on November 21.

Before the directive of the Central Bank of the Military Council was issued, there were purchases of rubber from China and Thailand, but later, there were no more rubber purchases at all.

At present, there is almost no trade except for buying a small amount of Myanmar rubber from China at a reduced price.

Rubber farmers, on the other hand, have suffered losses as a result of the nearly fourfold increase in the price of rubber inputs following the military coup, as well as increased labor wages and general expenses.

Mon State has more than 500,000 acres of rubber cultivation and produces more than 100,000 tons of rubber annually, earning millions of US dollars every year.