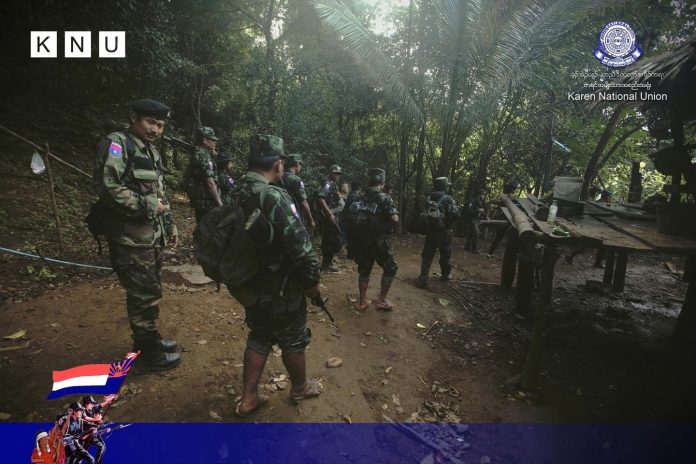 There were casualties in the clash that broke out near Nyaungdauk village in Mon State’s Belin Township between the Karen National Liberation Army (KNLA) and junta army, the KNU’s Alliance Supervisory Committee-Thaon District.

The combined force of KNLA clashed with the 50-strong regime column that advanced towards to Nyaungdauk village on December 14.

In the roughly one-hour conflict, there have been some reported casualties on both the KNLA and junta sides.

The Telegram accounts of military lobbyists posted that two PDF members were killed in Belin battle and weapons and ammunition were seized.

After the battle, the members of the military council temporarily stayed at the Phoe Wa Thein village monastery and left on December 15.

A wave of fighting resumed as the regime troops invaded Belin Township after nearly two months of no skirmishes.