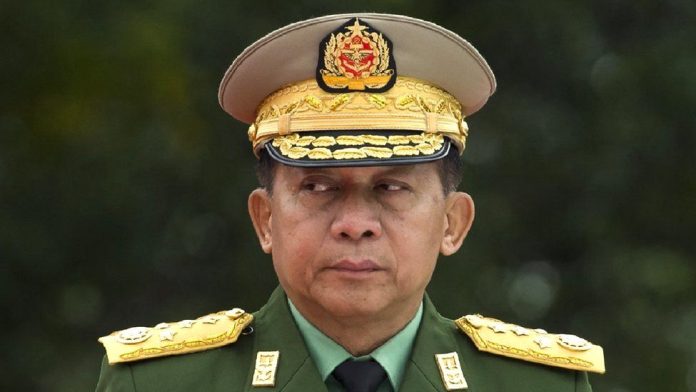 Political analysts say the awarding of honorary titles to people from all walks of life, including the military leader Sr. Gen. Min Aung Hlaing, amounts to segregation between the two groups.

On April 17, 140 personnel from state-level officials including former dictators; military officers; EAO leaders and individuals from various fields of art were awarded titles by the coup leader.

According to U Than Soe Naing, a political expert, the military leader’s move was a symptom of a rift between supporters of the military and those of the National Unity Government (NUG) at the height of a pivotal decision.

“It has revealed a list of persons from many sectors, the military council and its followers, and the people they consider supportive. Similarly, the NUG government is attempting to distinguish between pro-military and pro-NUG forces,” he told Than Lwin Times. According to U Than Soe Naing, the move was made to persuade supporters of the military junta against the NUG’s actions during the Spring Revolution.

The EAOs’ leaders were given the title of Wunna Kyaw Htin by the military chief.

According to a pro-democracy youth, the awarding of titles to leaders of some ethnic armed groups causes discord among ethnic groups and EAOs.

“Judging by the list, there are differences within the military. For example, former people like Thein Sein and people who do not get along with Min Aung Hlaing are not on this list. That’s unique.

The coup leader only gave the awards to those who were comfortable with him. In fact, I suppose the army is starting to disintegrate,” he commented.

The military leader, Senior General Min Aung Hlaing, said the awards were given to those who have served the country with outstanding performances for 75 years after independence.

The military leader Min Aung Hlaing conferred the medals on himself, late political leaders, and individuals from all areas of life, which drew public condemnation.