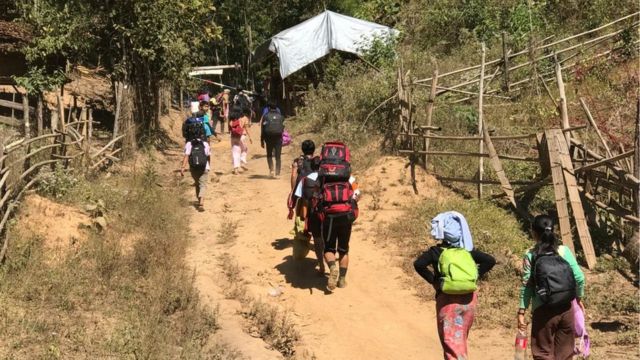 The regime forces have been carrying out continuous attacks targeting civilian areas and IDP camps in Karenni State since mid-July, the rescue workers who assist the displaced people told Than Lwin Times.

On August 9, the military jet dropped bombs three times on Dawparpar village in Teelon village tract of Loilin Lay Township, where there was no fighting.

The village medical center was damaged due to the attack, and two people, including a 70-year-old man, were killed and two others were injured.

In addition, in the last week of July, a 13-year-old girl and her father were killed and three other civilians were injured when the military council fired mortar shells into an evacuation camp in the western part of Demos.

A rescue worker said that the junta army has recently started targeting civilians with heavy weapons as well as airstrikes.

Therefore, the rescue workers urged civilians to build bunkers in order to protect themselves from the military council’s airstrikes and bombing attacks.

Due to conflict between the regime forces and the PDFs following the military coup, more than 200,000 residents have fled to nearby jungles and safe places in Karenni State.