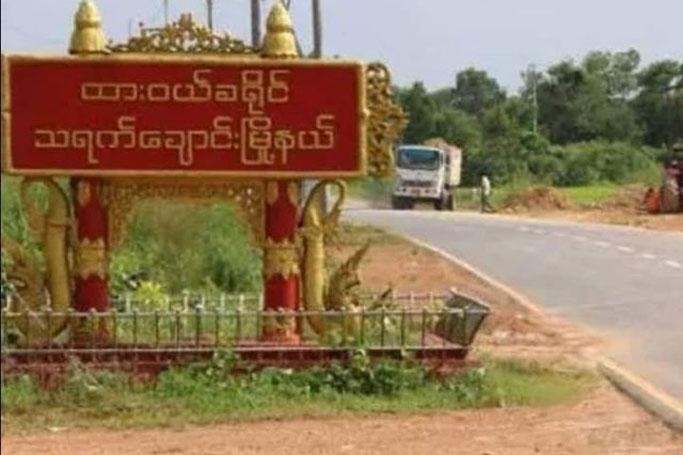 A joint force of PDFs attacked the security personnel who were providing for the trip of the high-ranking officials in Lower Thayatchaung village in Tanintharyi Region’s Thabatchaung Township, the PDF comrades said.

The regime troops who were taking security for the seniors’ trip heading to Palaw from Thayatchaung were attacked by the PDF alliance of the Federal Column, Wild Tiger Guerrilla Force and King Garuda.

After the attack, the exchange of fire took place for 20 minutes.

At least three junta soldiers might have been killed in the clash, and the joint force of PDF was able to retreat without any casualties, a PDF comrade said.

After the exchange of fire between the two sides, the military council reinforced and began shooting indiscriminately at nearby villages.

The injured soldiers were transported to Thayatchaung hospital in an ambulance by the military council.

There has been ongoing fighting between the two sides in Thayatchaung Township since the military coup, forcing thousands of villas to flee.