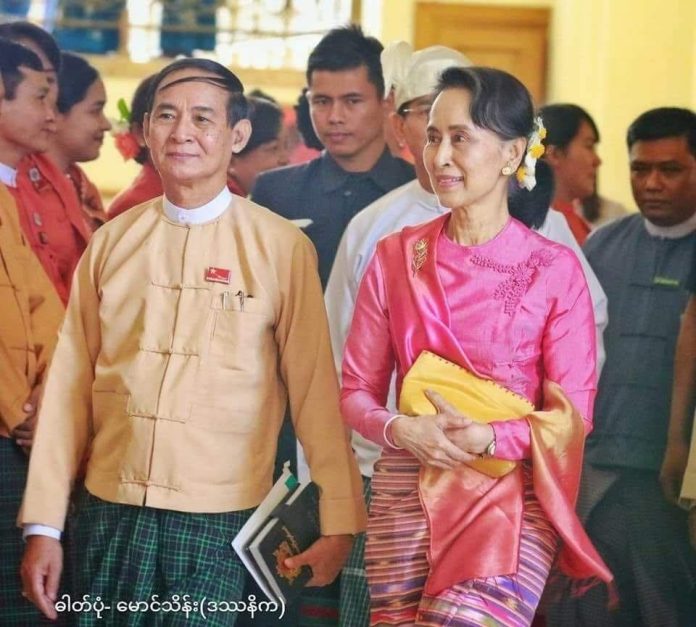 State Counselor Daw Aung San Suu Kyi, President U Win Myint and Union Minister U Min Thu were each sentenced to three years in prison by the military council on September 2, according to lawyers familiar with the case.

The State Counselor, Daw Aung San Suu Kyi, President U Win Myint, and U Min were prosecuted by the junta-controlled Union Election Commission under Section 130 (a) of the Penal Code, accusing them of abuse of power during the 2020 election.

In this case, the regime court sentenced the three of them to three years in prison each without taking the time they spent in custody into account.

On the day of the verdict, all three, including Daw Aung San Suu Kyi, were present in court.

Daw Aung San Suu Kyi and President U Win Myint pleaded not guilty to the allegations brought against them regarding the election by the military council at the trial on August 26.

With this election case, the total prison term for Daw Aung San Suu Kyi will be 20 years because she has already received 17 years in prison terms for 11 charges, and faces eight more cases.

President U Win Myint was initially given a seven-year prison sentence for three allegations filed by the military council; however, the junta commuted two of those years, bringing his final sentence down to five years.