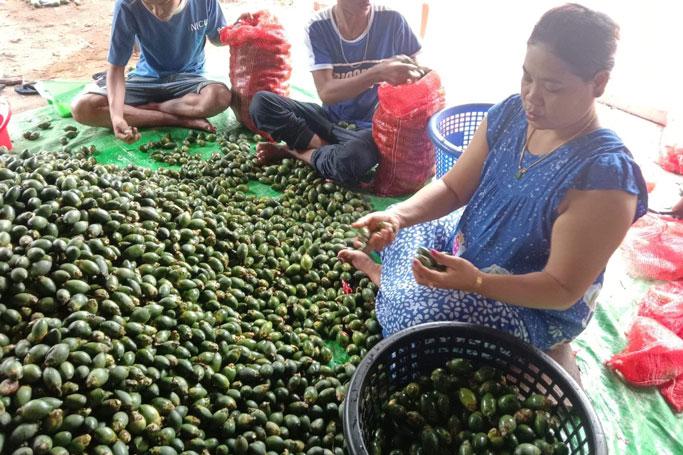 Due to the instability and continuous decline in value of the Myanmar currency, the number of people buying and storing local betel nuts is increasing, and prices are also skyrocketing, betel nut traders in Mon State told Than Lwin Times.

“The price of betel nuts increased as a result of people buying and storing them rather than selling when the Myanmar currency is weak,” a betel nut trader said.

A trader said that it is difficult for retailers to buy betel nuts as most traders buy and store them.

The price of dried betel nut is around 5,000 kyats per viz at the same time last year, but due to an increase in the sale of fresh betel nuts, there may be shortages this year.

However, betel nut prices can return to normal only around November, which is the betel nut season, according to betel nut traders.