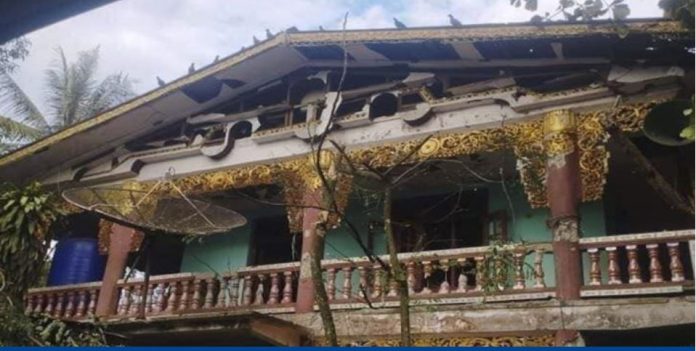 The battle that took place near Kawkareik in Karen state claimed three civilians and wounded 16 others, the rescue teams and locals told Than Lwin Times.

Fierce fighting broke out between junta armed forces and joint forces of KNLA Brigade 6 in Kawkareik since 7 am, October 21, with the junta conducting airstrikes and artillery shelling.

The military council accused the KNLA joint forces of killing three civilians and injuring 16 others in the fighting in Kawkareik Town, but the KNLA rejected it.

“It’s quiet in Kawkareik now. I didn’t hear any gunshots this morning. I dare not go anywhere yet,” a local said.

During the battle, the military council deliberately bombed and fired heavy weapons on Ward No. 7 of Kawkareik and nearby villages, killing civilians and destroying homes, Kawkareik residents said.

On October 21, a mortar shell fell on the monastery of Kawkareik Township and exploded, reportedly killing a monk and injuring local residents.

According to residents, all regime troops stationed in the villages of Kamaigone, Kawnwet and Ywarthit villages near Kawkareik Town have now withdrawn from those villages and re-entered Kawkareik.