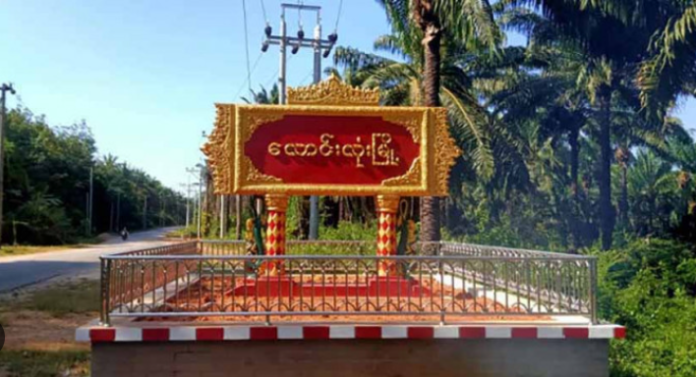 The junta armed forces six people including an abbot from Kyaetaung monastery between Gawinn and Hnyinmaw villages in Tanintharyi Region’s Launglon Township, the sources told Than Lwin Times.

The military council arrested a total of six people, including the abbot, U Pyinyaw Bar Tha, and his assistant, a novice, a driver, and two students, around 3 o’clock on the morning of November 14.

The army arrived in five military vehicles carrying 100 soldiers. They left nearly 70 soldiers on the road between Gawinn and Hnyinmaw village route while nearly 30 soldiers entered the monastery and detained the abbot of Kyaetaung monstery.

A local said that junta forces retreated after arresting six people, including the abbot of Kyaetaung monastery.

The military council’s arrest came after the military supporters on Telegram encouraged them to check the monks and the people in Kyaetaung Pagoda on palm oil road if they wanted to know the exact locations of the camps in Launglon PDF.

According to the military supporter’s Telegram accounts, the abbot also made amulets for the PDFs, invited the PDF comrades to any festival at the monastery, and gave the PDFs military information.