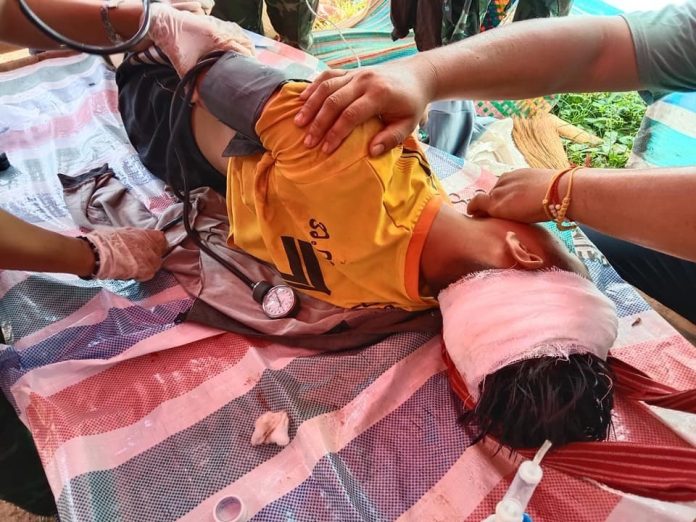 The three children were injured in a landmine explosion near Settawyar Pagoda in Mybye Township, bordering Kayah State and Shan State, the residents told Than Lwin Times.

On November 27, three children who were returning home from a refugee camp near Settawyar Pagoda in Mobye stepped on a land mine while hunting birds.

The land mine accident injured all three children, one of whom suffered a head injury and is in critical condition.

Three children injured by landmines are being treated by People’s Defense Forces and the Mobye Defense Group.

The military personnel were reportedly stationed covertly close to Mobye’s Settawyar Pagoda, where the kids stepped on a land mine, according to the Mobye PDF.

According to reports, the Military Council planted landmines in Mobye, resulting in nine injuries in one month.