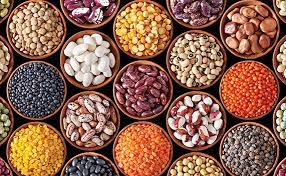 Mon State had reasonable pricing for beans and peanuts in early November, but right now, the price has plummeted from 6,000 kyats to 9,000 kyats per basket, the bean and pea traders told Than Lwin Times.

According to a bean trader, the increased production of beans and peanuts in Bagu and other parts of central Myanmar has caused their prices to fall.

Prices for beans and groundnuts have fallen again, but with few festivals, demand remains low.

A bean trader said that the prices of beans and groundnuts have fallen due to a lack of foreign purchases and weak demand in the domestic market.

In Mon State, peanuts are grown as a winter crop in Kyaikmaraw, Chaungsone, Mawlamyine, Belin, and Kyaikto townships, and soybeans are grown in the rest of the townships except Ye.

However, since November 21, the Central Bank’s directive that 65 percent of export earnings be converted into Myanmar Kyat at the specified reference rate within one working day has made it difficult for businesses exporting pulses abroad.

On the other hand, the pulses growers have been unable to recover from the economic crisis due to the steep increase in the cost of fuel oil, agricultural inputs, fertilizers, and general expenses after the military coup.