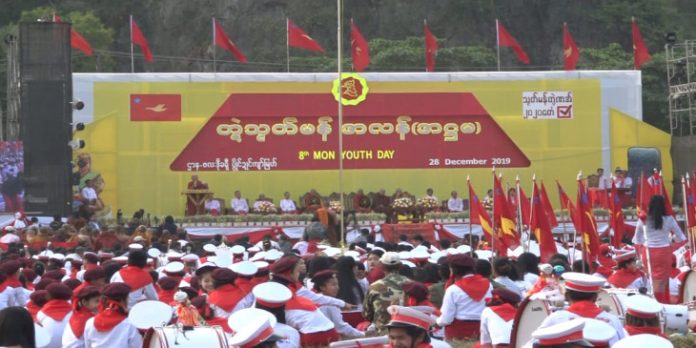 The 11th Mon Youth Day, which falls on December 28, will be held in the area controlled by the New Mon State Party (NMSP) in the Weizin region of Dawei District, the Mon Youth Forum (MYF) informed Than Lwin Times.

The Mon Youth Day, which started in 2012, is celebrating its 11th anniversary this year, and due to the current political situation, this year’s event is scheduled to be held in the territory of the New Mon State Party (NMSP).

Nai Myint Soe, spokesperson for the Mon Youth Forum (MYF), said “we decided to hold the event in the Weizin region after consultation with officials hoping the New Mon State Party (NMSP) would provide security forces to celebrate the Mon Youth Day this year.

The outdoor event will be set up for holding the Mon Youth Day, and it is reported that some organizations and individuals will be invited.

The number of attendees is not limited, and there are plans to invite both Mon youths within the province and some from other areas.

to foster friendship among the Mon youth.