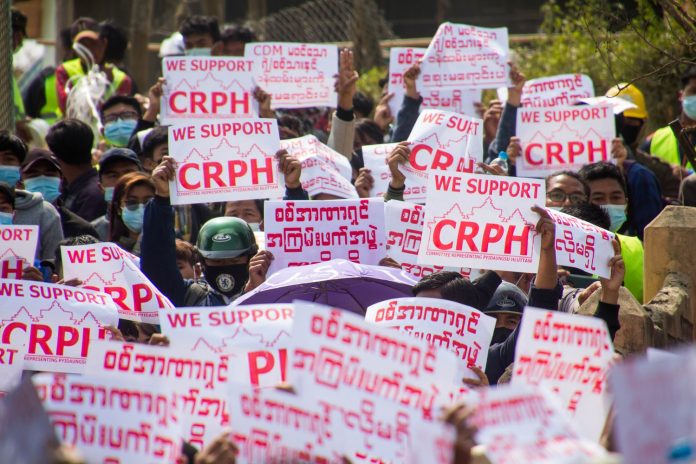 From January to the end of November this year, 817 people were arrested or prosecuted for posting in support of National Unity Government (NUG), Committee Representing Pyidaungsu Hluttaw (CRPH) and People’s Defense Forces (PDFs)on social media platforms, the junta-controlled media reported.

Since January 27, the Military Council monitored through social media and took action against 817 people who wrote in support of the opposition on a total of 806 Facebook accounts, Facebook Group Facebook Pages, and Tik Tok accounts.

The military council is using various methods to weaken the revolutionary forces, including arrests and long prison terms.

The Military Council announced on January 25 that if the people knowingly or unknowingly encourage the actions of organizations and individuals related to the NUG and CRPH, they will be prosecuted under existing laws, including Article 52 (a) of the Anti-Terrorism Act, Article 124 (a) of the Penal Code, and Article 505 (a) and Electronic Act 33 (a).

In addition, supporters of the revolutionary forces would not only be jailed, but their homes and other assets will be confiscated.

Since the Military Council has been arbitrarily violating human rights since the coup, political activists urged the people to take time for the revolution, bearing in mind that they may be arrested at some point.

On the other hand, the Military Council is drafting a cyber security law that could punish unauthorized use of VPN (Virtual Private Network), which can bypass internet filter, with up to three years in prison.

After the military coup, more than 16,000 people have been arrested nationwide, and approximately 1,700 of them have been sentenced to prison terms by the Military Council.