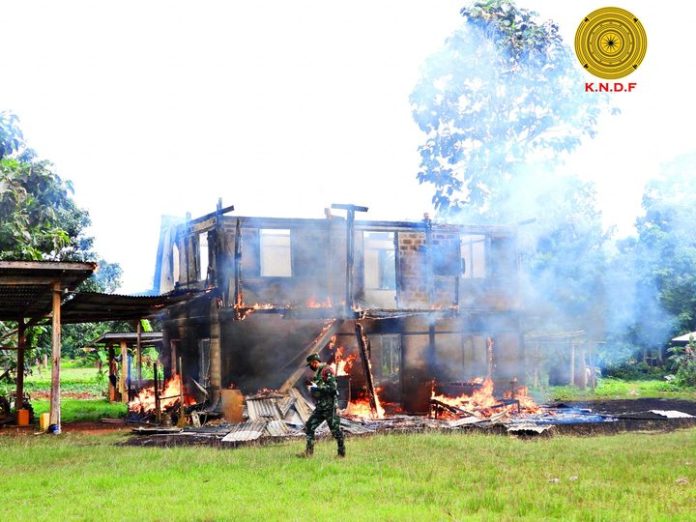 A total of 38, 383 homes were destroyed or torched by the junta army and its allies across the country till the end of November since coup, according to a report released by Data for Myanmar on December 10.

Seven ethnic provinces, as well as the Sagaing, Magwe, Mandalay, Bago, and Tanintharyi Regions, were among the territories completely destroyed by fire. Sagaing Region has seen the most burning houses with 27,496.

Furthermore, Magway Region had the second-highest number of burned-down houses (7,818), while Chin State had the third-highest (1,475).

According to Data for Myanmar, more than 16,000 houses were burned down in Sagaing Region, the highest number of houses damaged in four months- April, May, June and July.

Pale, Khin-U, Kantbalu, and Taze Townships had suffered the most in Sagaing Region, which fiercely resisted the military dictatorship, with at least 2,200 houses burned down in each township.

In Sagaing, which consists of 37 townships, homes were burned down in 32 of them, and there have been no arson attacks in the remaining five townships, Hkamti, Kalewa, Lashi, Lahe, and Nanyun.