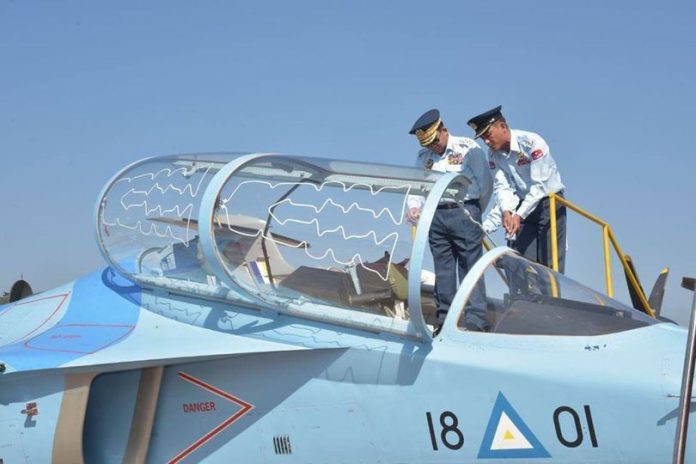 The official unveiling of advanced fighter jets by the military council is a sign that more airstrikes may be used during the battle, and revolutionary forces should be prepared for them, according to CDM Air Force officials.

The Military Council held a ceremony to commission modern jets and helicopters into service on December 15, the 75th anniversary of the Tatmadaw Air Force.

The fighter jets that were commissioned into service included Russian, Chinese, and Pakistani aircraft, as well as aircraft manufactured by the Military Council Air Force.

The military regime said that the Su-30 SME is a post-fourth generation multipurpose heavy fighter used by the junta Air Forces as the first-ever one, while the 2000G aircraft is a light multipurpose fighter.

It added that the FT-7 interceptor fighter and K-8W jet can be used as training jet fighters and light fighters in air-to-air operations, air-to-surface operations, and close aviation support.

CDM Air Force Captain Ze Thu Aung warned that the military council could use all weapons of the Air Force during the battle, so EAOs and local defense forces should be prepared to counter them.

In addition, Captain Ze Thu Aung added that the junta army, which has stretched its front lines almost all over the country, is weak in ground battles and relies on airstrikes, so the fighter jets were unveiled as part of the morale operation to encourage its troops.

Political analyst U Than Soe Naing remarked that the military council, which relies on aerial assaults, cannot determine the nature of the battle and that the introduction of new aircraft serves only to boost troops’ morale.

Since the US Congress passed the National Defense Authorization Act (NDAA), which included the Burma Act that can assist Myanmar issues, the anti-regime resistance forces hope to receive air defense systems and communications technology assistance.

Since the military coup in Myanmar, the junta army has carried out nearly 240 airstrikes across the country, which have killed more than 200 people, the NUG reported on October 24.