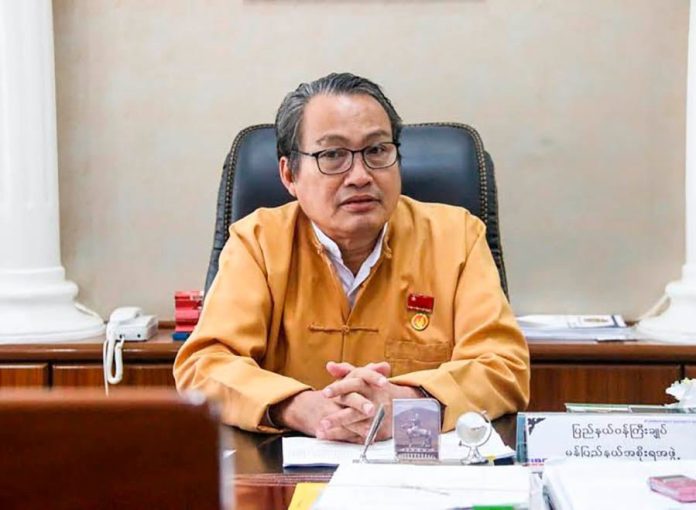 The court will hear the appeal of Mon State Chief Minister Dr. Aye Zan’s two-year prison sentence for abuse of power in the election for making a decision on December 21, the sources close to the court told Than Lwin Times.

The Military Council sentenced Chief Minister Dr. Aye Zan to two years in prison on July 11 after prosecuting him under Section 130 (a) of the Penal Code on charges of improperly influencing the election.

The Mon State’s Court of Justice will hear arguments on whether or not to accept the appeal.

Dr. Aye Zan, Chief Minister of Mon State, appealed to the State Court of Justice after his appeal in the Section 130 (a) case was denied by both the township and district courts.

Chief Minister Dr. Aye Zan has testified in recent trials that he is not guilty of abuse of electoral power.

On December 6, Chief Minister Dr. Aye Zan was sentenced to a total of two years in prison for two cases under Section 171(f) of the Penal Code for alleged abuse of power in the election.