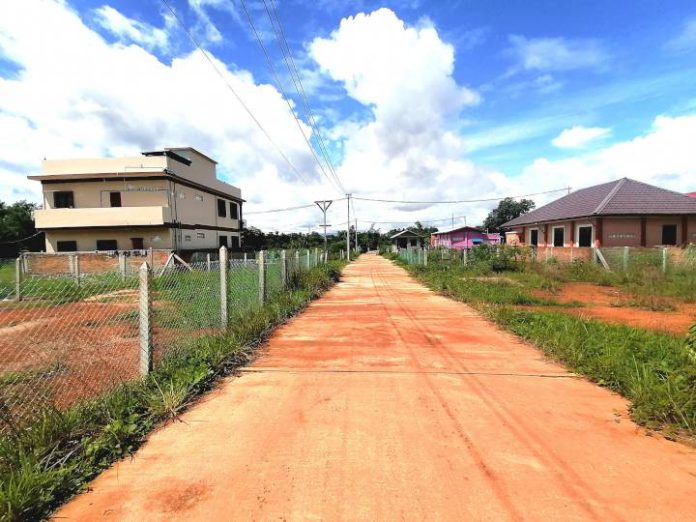 The real estate market in Mawlamyine, Mon State, which buys and sells depending on the changes in the price of gold and the dollar, remains at a high price despite the fact that activities are stagnant at the moment, the agents told Than Lwin Times.

The gold and dollar prices, which had reached all-time highs, have remained stable for nearly three months, and in the third week of December, the price of gold reached 2,690,000 kyats per one tical, and the price of Myanmar currency rose slightly to 2,900 kyats per US dollar, but this had no effect on the real estate market.

Myanmar’s currency depreciated in August after the price of one tical of gold rose to over 30 lakhs kyats and dollar exchange rate was over 4,000 kyats per US dollar, causing people to buy houses because they no longer trusted banks and did not want to hold cash.

Another real estate agent stated that, at least five plots of land are traded each month during the opening season, Thadingyut, but there are almost no plots of land traded this month.

The fact that the tax law regarding the revenue will start to be enforced early next year, he continued, is a reason for stagnant real estate activities when the price of gold and the dollar become stable.

The Internal Revenue Department of the Military Council announced publicly on November 16 that tax evasion offenders will be charged on January 1 of the next year.

The law stated that if a person commits such acts as deliberate failure to file a tax return for the period, underreporting of income and proceeds of sales, fraudulently claiming reliefs, fraudulently applying for depreciation, or using or submitting false documents, it shall be regarded as negligent or fraudulent underpayment.

If a person violates or violates tax laws, or causes massive losses in a state’s revenue as a result of any failure to comply with a tax obligation, it is considered tax evasion and is subject to criminal proceedings and penalties specified as tax evasion offenses.

Real estate agents say they can’t predict the future of real estate activities based on changes in the price of gold and the dollar, especially with new tax laws set to take effect next year amid economic turmoil caused by political unrest.