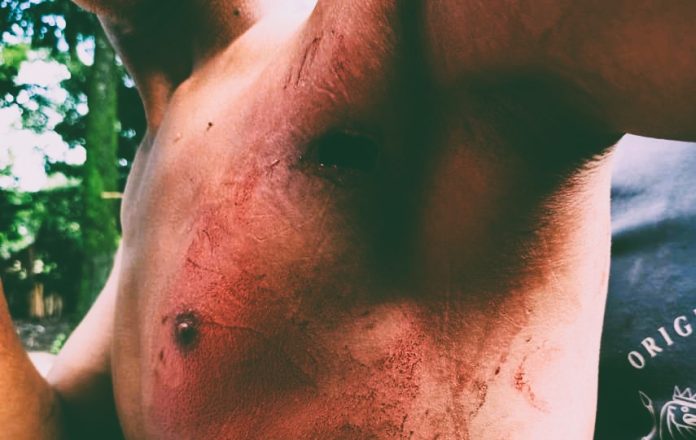 Fighting has remained intense in Pala Town in Tanintharyi Region’s Palaw Township since the afternoon of December 21 and five civilians were wounded by junta’s shelling, the residents told Than Lwin Times.

When the People’s Defense Forces arrived in wards no. 1 and 4, the junta army fired four artillery shells into those areas, sparking the conflict.

There are reports that two of the injured died on the way to Palaw Hospital, but Than Times is still trying to confirm it.

The fighting in Pala town has forced more than 300 local residents to flee to safe places, and some are also trapped in the fighting.

When the fight started, the mobile phone lines were cut, and the details of the fight are still unknown.

The regime forces and the Pala police station were also attacked by the People’s Defense Force on December 8.