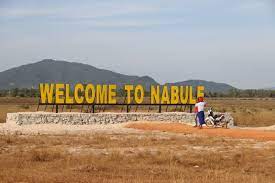 Following an attack on a police outpost at the Dewei Special Economic Zone in Yebyu, Tanintharyi Region, the junta forces moved closer to the villages, according to PDF members speaking to Than Lwin Times.

On December 24, a member of the People’s Defense Force attacked the police station at the Dawei Special Economic Zone, where there were roughly 15 military personnel on duty.

The regime forces searched the forest near villages during the day and stayed at police outposts at night, according to a PDF official.

Some locals fled as a result of the junta’s invasion, and the community was afraid that there would be fighting between the two sides.
According to the PDF, four police officers were killed in an attack on a police outpost in Dawei SEZ.

Since the military coup, there have been at least two attacks on the junta’s police outpost at Dawei Special Economic Zone.