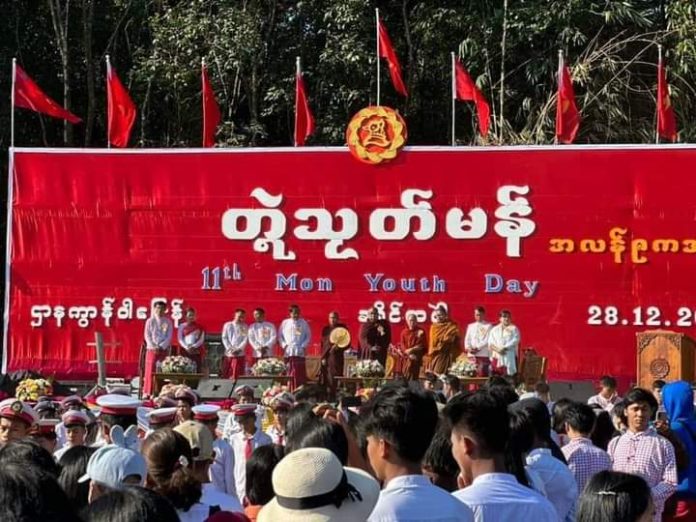 The 11th Mon Youth Day ceremony was held on December 28 in the Wezin region of Dawei District, which is controlled by the New Mon State Party (NMSP).

Due to the political situation, the Mon Youth Day, which began in 2012, was held this year in the territory held by the New Mon State Party, and the event was provided with security by male and female comrades from the NMSP.

Among the attendees were the Chairman of the New Mon Party, Nai Han Thar, Mon civil organizations, Mon youth from various regions, and the Mon Sangha.

The Mon Youth Forum (MYF) and the New Mon State Party (NMSP), however, have not yet made any announcements about this year’s Mon Youth Day celebration.

Mon Youth Day was held to honor the leaders who stood up for the rights of the Mon people and to foster affection among the young Mon people. News-Than Lwin Times