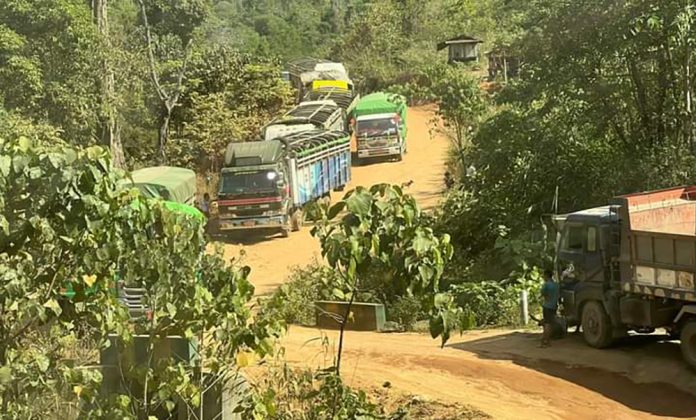 The Hto Kaw Koe mountain route is an earthen road, and only small cars can access it and travel to Thingyan Nyi Naugn and Myawadd town via it.

Col. Saw Kyaw Nyunt said that since the collection of fees on vehicles cannot be done systematically like before, there may be some inconveniences between his troops and the people.

Colonel Saw Kyaw Nyunt said that the KNU/KNLA PC held an emergency meeting and directed the relevant officials to avoid burdening the public.

The KNU/KNLA PC, that has signed the Nationwide Ceasefire Agreement (NCA), is a Karen armed group based in the Hto Kaw Koe region and participated in the military council’s peace talks.

In addition, the KNU/KNLA PC attended a 4-day meeting on constitutional amendment and peace processes held on December 27–30 and met with the National Solidarity and Peacemaking Negotiation Committee (NSPNC) of the Military Council.