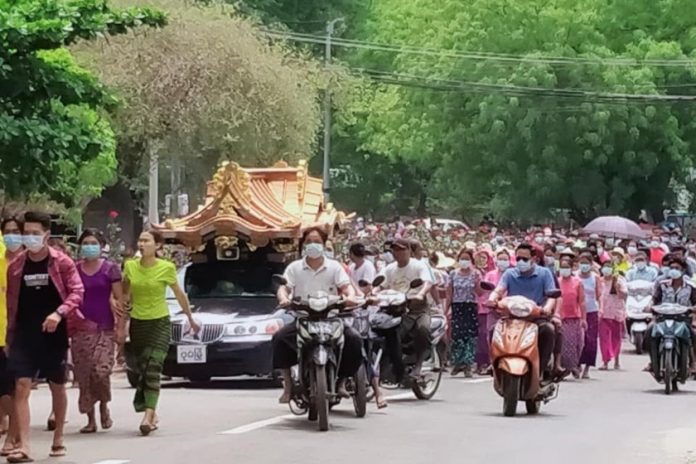 The number of people killed after being arrested by the military council has reached 841 across the country from February 2021 to the end of 2022, reported the Assistance Association for Political Prisoners (AAPP) on January 2.

The soldiers, military officers, and their supporters arrested individuals using force and various methods and disregarded the standards of treatment of prisoners, which resulted in the deaths of those arrested, the AAPP said.

AAPP states that death may occur while in prison or under interrogation, in military barracks, or outside detention and the victim may have been handcuffed or chained.

According to AAPP data, over 400 people were killed during custody in Sagaing Region and around 100 in Magway Region in Upper Myanmar, which are strongholds of resistance forces.

More than 2,600 people died in the nearly two years following the military takeover, including more than 270 children and 320 women.