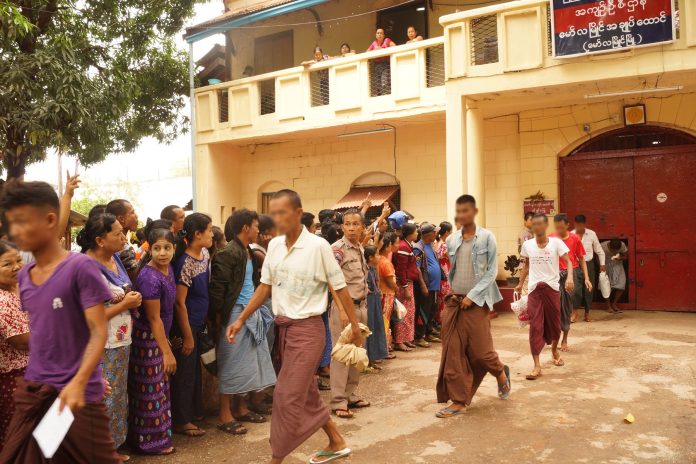 There was not a single political prisoner among the more than 400 prisoners released by the Military Council from different prisons and detention centers in Mon State, according to the state prison department.

The military council granted amnesty to 412 men and women from various prisons and detention centers in Mon State to commemorate the 75th anniversary of the Diamond Jubilee Independence Day, which falls on January 4.

Among those who were released, there were no political prisoners, but only those who were convicted of other crimes, said an official from prison department of Mon State.

If more offenses are committed, prisoners granted amnesty are subject to Code of Criminal Procedure Article 401 (1) and must serve the new punishment as well as the remaining punishment to which they were sentenced this time.

The coup council released 7,012 male and female prisoners from various prisons, jails and camps across the country as the 75th anniversary of the Diamond Jubilee Independence Day.