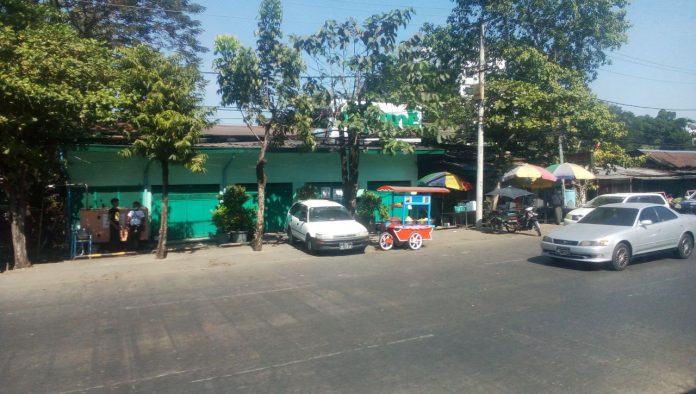 Urban resistance forces have warned all the persons concerned against killing a member of  Yangon UG guerrilla during their mission in attacking  a ward administration office in Ward 4 of South Okkalapa Township, Yangon.

Two members of an underground group managed to escape after bombing the office next to Ngwe Taung Restaurant on 21 January. They were chased by the restaurant staff, and one of them was arrested and beaten to death.

The restaurant is owned by a former military officer, and it served free snacks and drinks to   soldiers and police who brutally cracked down and shot civilians in anti-coup protests.

“The recent accident is totally intolerable. We don’t want to mention the case in details. However, all the persons concerned with this killing must bear responsibility,” said Kayar Kyaung, the senior member of Yangon UG Association (YUA), to Than Lwin Times.

He also requested for all the possible support of public in complete trust on urban guerilla members for the effectiveness of their missions.

Public is filled with anger to boycott the restaurant, but it was closed after the incident. Patrol cars are wandering near the restaurant, and it is also under secret watch of junta to trap possible revenge of resistance groups, said the locals to Than Lwin Times.

“The junta might have thought that the guerrillas will take revenge for their member. Police are seen there, and their thugs are also nearby this restaurant.”

The junta regime and its sponsored groups are tracking the members of resistance groups over  CCTV networks.