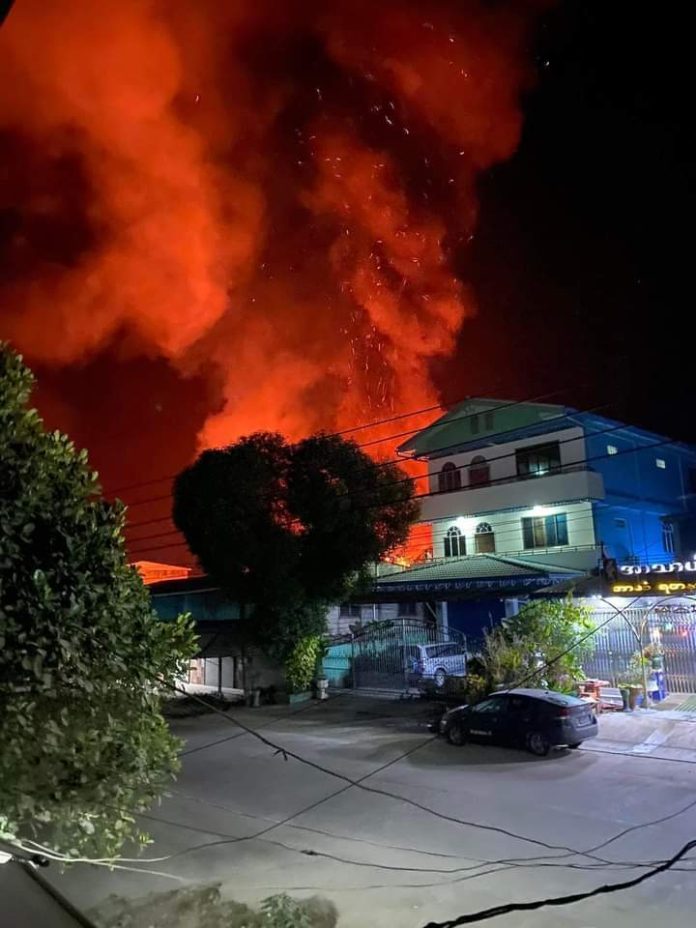 Fire blazed at township administration office and the immigration office amid armed clashes between junta troops and resistance forces in Three Pagoda Pass of Kyainseikkyi Township in Kayin State at 24 January night.

A local wrote on  social media  that the immigration office was reduced to ashes and it was a warning against planned elections of military regime this year.

The offices of military intelligence unit and local administration were reportedly burnt down as well.