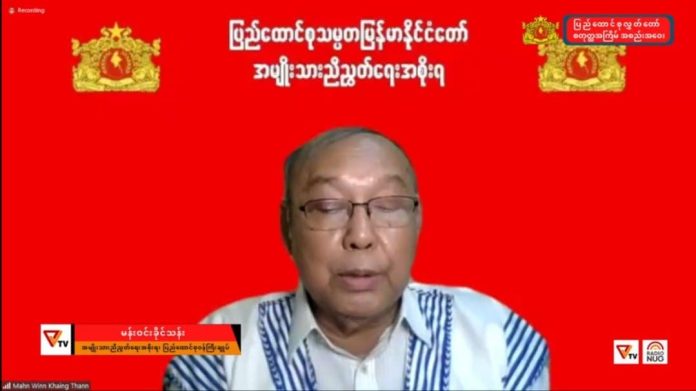 Mann Win Khaing Than, the Prime Minister of the National Unity Government (NUG), said the weakened military council could now control only half of the country’s territory.

On April 18, the annual report of the formation of the National Unity Government was submitted to the fourth session of the Pyidaungsu Hluttaw, NUG PM Man Win Khaing Than said.

With the support of the ethnic rebel forces, the NUG government now controls almost 15 percent of the country and the revolutionary alliance also controls 30 percent of the country, adding that the Spring Revolution would inevitably reach a major turning point in 2022 as the military council becomes less and less powerful.

However, there are challenges for the People’s Defense Forces to fully arm themselves, they are overcoming difficulties and challenges in collaboration with allies, said Mann Win Khaing Than.

At the fourth session of the Pyidaungsu Hluttaw, reports from each NUG government ministry were submitted.