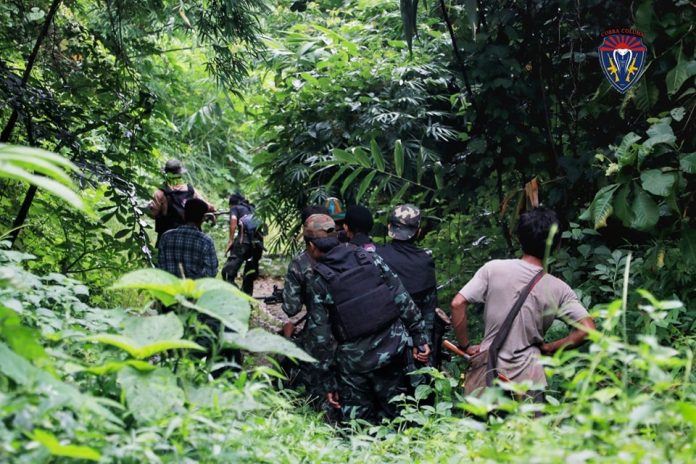 There are clashes almost every day on the Myawaddy-Wallay road between regime forces and resistance forces led by Cobra column, the officials from Cobra column told Than Lwin Times.

The conflict began when the military council attempted to invade the territory controlled by the KNU’s Brigade 6 near the Myaddy-Wallay route since July 7.

In the recent fighting, one comrade from the Cobra column was killed and the other injured.

“There are clashes near Thone Htet Gwe in Hpalu Township. The junta forces opened fire indiscriminately. The fighting may become more intense as the new reinforcements try to invade the area,” according to sources from the Cobra column.

From July 24 to 29, there were at least four clashes between junta forces and the Cobra column on the hillside of Thone Htet Gwe near the Myawaddy-Wallay road. The Cobra column said four military personnel, including a captain, were killed and another one was injured.

Meanwhile, the Venom column clashed with the regime forces that invaded Shwe Aye Myaing village near Ukkarihta camp on the Myawaddy-Wallay road, killing ten soldiers, including the squadron commander, and injuring many others.