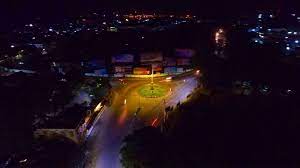 There was a firefight between the opposing troops at about 5:30 pm on November 14 in Zeyarthiri ward in Mon State’s Mawlamyine, the residents told Than Lwin Times.

The junta army and the police arrived and engaged in gunfire after learning that the People’s Defense Forces were present in a home in Zeyathiri Ward.

It is reported that some police officers and the ward administrator’s son were injured during the raid, but Than Lwin Times has not yet been able to independently confirm the incident.

The people of Zeyathiri Ward had to evacuate to Daiwingwin Ward for safety as the regime troops opened fire continuously with mortar shells during the exchange of fire between the two sides.

After the exchange of fire in Mawlamyine, the military council expanded its forces and blocked the gates of the city.