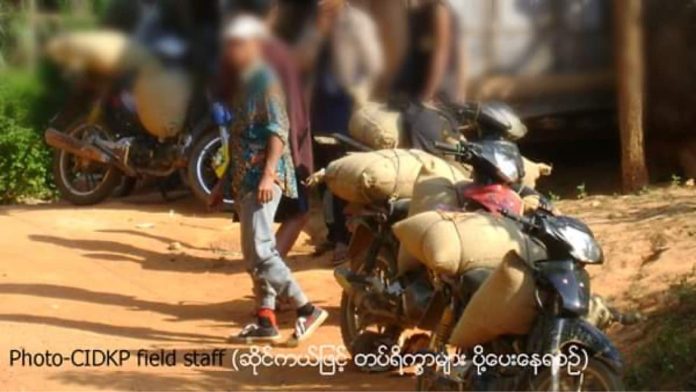 The villager elders have to deliver food for the regime forces, who are conducting military operations in Winyaw region of KNU Brigade 6, the youth participating in the Spring Revolution told Than Lwin Times.

The junta forces arrested the villagers as human shields during the raid, and stopped and checked them while patrolling the village.

Moreover, the junta armed forces were inspecting the pedestrians in Phayar Ngar Su and Khaleywarlay villages under Khaleywar village tract, Kyainnseikgyi Township on the morning of December 3, the sources said.

In addition, the junta column threatened to burn down the villages if they were attacked.

It is also reported that some local residents, who were worried that a battle would break out due to the intrusion of the regime forces, had fled in advance.