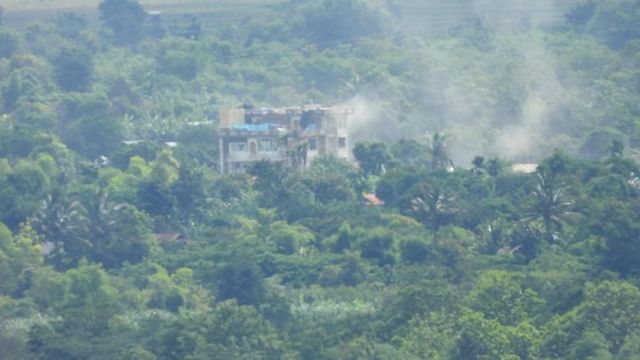 The regime forces fired mortar shells into the villages in Tanintharyi, where there is currently no battle, and injured six residents, the locals told Than Lwin Times.

The junta’s Infantry Battalion 561 and other detachment stationed at Bawdi village fired at least 30 shots at Nyaungbinkwin and Banlaw villages.

Six people were injured in the attacks: four in Nyaungbinkwin village and two in Banlaw village.

Locals took injured civilians to nearby hospitals and clinics.

The brutal junta army’s artillery shells caused more than 300 residents of Nyaungbinkwin and Banlaw Village to flee to nearby forests and villages.

Locals in Tanintharyi Township were forced to evacuate because of clashes between the two sides last month; the mortar rounds launched by the military council damaged at least 10 houses and wounded at least three locals.