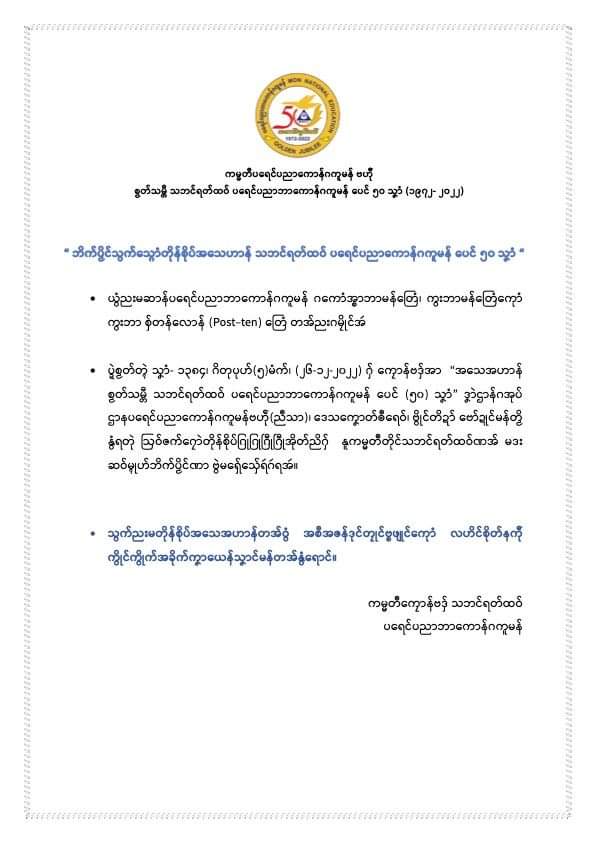 The organizing committee announced that the golden jubilee ceremony will honor teachers and those who have served for 25 years in Mon national education Department.

After Myanmar’s independence, during the peak of the civil war, the New Mon State Party (NMSP), an ethnic Mon armed organization, established Mon National Education in 1972.

This year marks the 50th anniversary of Mon National Education, which has been passed down from Mon National Leaders and those involved in the education community, in collaboration with the New Mon State Party (NMSP).

Mon National Education began teaching in the Mon ethnic language and expanded to include elementary, middle, and high school levels.

Mon National School was able to open post-Ten Grade beyond 2000, and this year it was upgraded to Mon National College.

Students in the Mon Education Department’s Mon National Schools are taught with their own curriculum at the primary level, and Mon literature and the government curriculum are taught together at the middle and high school levels.

There are over 140 Mon national schools in Mon and Karen States, as well as the Tanintharyi Region, with nearly 20,000 students enrolled.