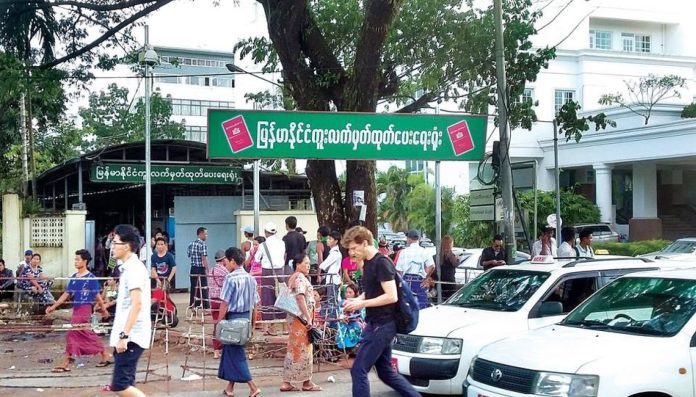 The military council’s statement that passport services will be suspended indefinitely at passport offices around the nation was denounced by veteran political analysts and young people as a hindrance to future generations.

On January 2, the coup council announced that it would suspend passport services indefinitely in order to upgrade the computer system at passport offices across the country.

However, the military council did not specify when passport processing would be resumed.

U Than Soe Naing, a veteran political analyst, claims that the suspension of the passport process is impeding young people’s futures and may cause frustration among the youths.

Furthermore, U Than Soe Naing stated that this move violates human rights and pushes people into an even deeper crisis.

A youth director complains that the suspension of passport issuance has disrupted all the plans of young people and is turning Myanmar into North Korea.

In the first week of January, there were around a hundred people who queued up to apply for passports at the passport office on No.1 Industry Road, Yankin Township, Yangon, but some office staff and security police told them to go home.

The young man, who intends to attend a foreign university, claimed that, as a result of this, he lost a significant amount of money invested.

On January 5, the Burmese Consulate in Chiang Mai, Thailand, announced that the passport renewal process would be temporarily halted.

According to the 2022 report of the International Organization for Migration (IOM), nearly 40,000 Myanmar nationals are leaving abroad for various reasons every month due to political and economic instability following the COVID outbreak and the military coup in Myanmar.