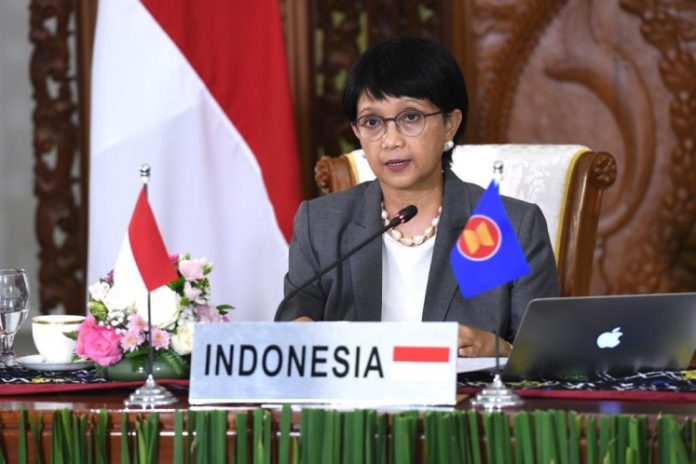 The ASEAN Special Envoy, Indonesian Foreign Minister Retno Marsudi will be leading to deal with the Myanmar crisis, but political analysts say the situation remains to be seen.

Retno Marsudi said in her annual New Year’s speech on January 11 that Indonesia, which holds the rotating chairmanship of the Association of Southeast Asian Nations (ASEAN) for 2023, will establish and lead the office of the ASEAN Special Envoy for Myanmar.

According to Marsudi, Indonesia’s actions are consistent with a resolution taken by ASEAN leaders at their summit in Phnom Penh and a five-point consensus on Myanmar, and she will discuss with all parties concerned to solve the Myanmar crisis.

Political analyst U Than Soe Naing remarked that Indonesia’s representation might be a force in Myanmar’s affairs, but that it is unlikely to lead to the point of a round table debate. The military council is unlikely to compromise on the important point of stopping acts of violence in the country.

At the 40th and 41st ASEAN Summits, which were held in Phnom Penh, Cambodia, from November 10th to 13th of last year, ASEAN leaders warned the military council that it needed to follow through on its commitments regarding the Myanmar issue.

After evaluating the ASEAN’s Five-Point Consensus and adding 10 more points, 15 points were announced at the ASEAN Summit on November 11 of last year.

Dr. Sai Kyi Zin Soe, a political analyst, pointed out that only by drawing up specific timetables for the implementation of the Five-Point Consensus will the Myanmar military government be able to monitor whether they are complying with them.

At the ASEAN Summit held in April 2021 after the coup, ASEAN adopted a Five-Point Consensus regarding the Myanmar issue.

The agreements include the release of arrested state leaders and political prisoners, the cessation of violence, dialogue with all relevant parties, and humanitarian assistance.

The Five-Point Consensus was agreed upon by the military leader General Min Aung Hlaing himself in front of the leaders of the ASEAN Summit, but he has not been able to implement it until almost two years after the coup.