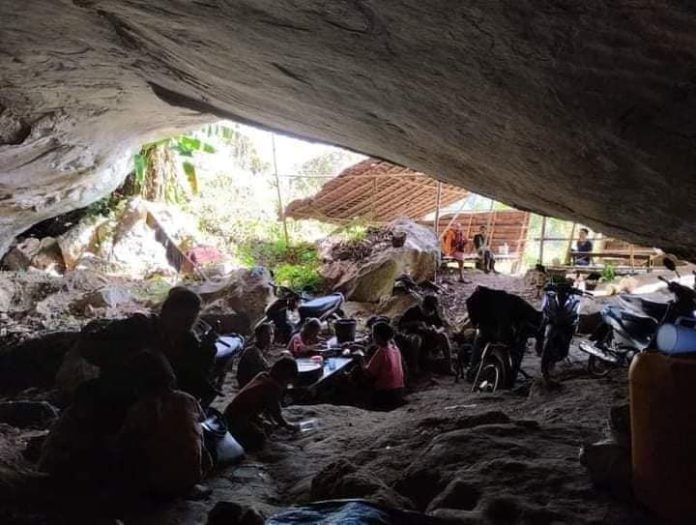 The local people fleeing from the fighting that took place in Kyainseikgyi Township, Karen State, have not been able to return to their homes and still need humanitarian assistance, the relief workers told Than Lwin Times.

At the beginning of this year, fierce fighting erupted in Kyainseikgyi township between KNLA coalition forces and the military council, forcing thousands of local residents to flee to safety after the junta’s aircraft launched a series of airstrikes on the villages.

According to the most recent data, more than 3,000 local residents who left the fighting have still not been able to get to their homes and are in need of blankets, food, and medicine, a volunteer from the relief group in Kyainseingyi said.

The Karen Youth Organization (KYO) of Win Ye Township and the Youth of the Spring Revolution Movement of Winyaw Region have been working together to deliver humanitarian aid to the IDPs, but they are in need of some basic food and kitchenware.

The fighting intensified due to the military council’s offensive in the areas of the 6th Brigade of the Karen National Union (KNU) in Dooplaya District—Kawt Nwet village in Kawkayeik, Kyainseikgyi, and Taungsun village in Win Ye Township between the beginning of this year, 2023 and mid-December, 2022.

According to the Karen Human Rights Organization (KHRG), there are now tens of thousands of IDPs escaping the conflict, and they are facing a great deal of difficulty.