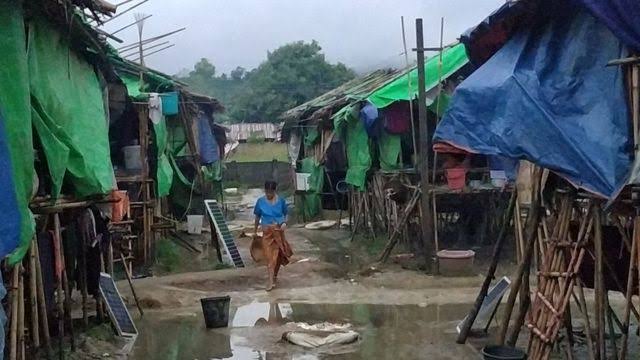 Nearly 90,000 refugees from Rakhine and Paletwa Township in Chin State have been unable to return home until now despite a cease-fire between the military council and the Arakan Army (AA), said the United Nations Office for the Coordination of Humanitarian Affairs (UNOCHA).

UNOCHA announced on January 11 that the ceasefire has been in place for more than one month, but, the IDPs are having difficulty returning home because of transportation, livelihood, and other difficulties.

There are more than 16,000 refugees, including those who fled the recent fighting in these areas.

The displaced people are unable to go back home because of situations like their homes being burned down, losing their businesses, having military outposts in their villages, and the hazards of landmines, the relief workers told Than Lwin Times.

According to UNOCHA, the military council has reopened the important roads and waterways that were closed during the fighting, though the Rathedaung-Ponnagyun highway remains closed as of today.

It is also reported that the military council has only allowed food, health, and humanitarian assistance for those fleeing the conflict in eight townships: Buthidaung, Maungdaw, Rathaedaung, Mrauk-U, Minbyar, Myaebon, Kyauktaw, and Pauktaw.

Humanitarian efforts have been hampered by the military council’s strict security, restrictions, and intimidation of volunteers, the UNOHA said.

According to the United Nations Office for the Coordination of Humanitarian Affairs (NUOCHA), the total number of displaced people in Myanmar has reached more than 1.5 million by the end of 2022.