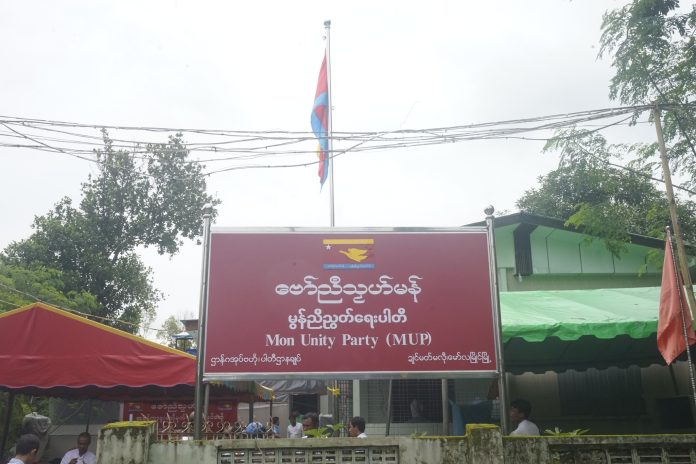 It has not yet been officially announced whether the Mon Unity Party will run in the general election of the Military Council in 2023 under the proportional representation (PR) system.

The junta-appointed Union Election Commission (UEC) confirmed at a press conference held on June 16 last year that it has decided to use the Close List PR system of proportional representation in the next general election.

Nai Than Shwe, a spokesperson for the Mon Unity Party, told the Than Lwin Times on June 17 of last year that no matter which system the election is held in, the military has already occupied 25 percent of the representative seats, so it will not be any different , but  the party will run in the election.

However, as of today, the Mon Unity Party has not yet done any internal organizing activities, nor has the party’s opinion been published.

Tala Nai, a member of the New Ramayana Federal Force (NRFF), said that the Mon Unity Party is considering whether or not to engage in the elections due to the security situation, and will monitor the activities of the military regime on the 2nd anniversary of the coup.

He asserted that the participation of Mon Unity Party in the election will assist the military council in achieving a political escape, and that the party will receive neither security nor public support for this.

Party representatives Dr. Banya Aung Moe and Nai Layi Tama are serving as members of the Military Council at the union and state levels, respectively.

In 2021, the Mon Unity Party took part in four meetings between the junta-established UEC and political parties to discuss changing the electoral system.

The military council has been collecting population data in some townships and various regions and states in Mon State for the upcoming election under tight security since January 9.