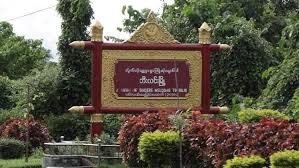 The two policemen were injured in drone attacks on the police station and administrative office in Sayar San ward in Mon State’s Belin Township, the sources close to the military council confirmed to Than Lwin Times.

Two of the bombs hit the police station in Belin, and the other two exploded close to the township’s administration building.

The explosion hit two policemen, and there were no injuries in the incident at the administration office.

After the drone attack, some parents took their children home from school as gunfire erupted in the town when the military council opened fire on the drone.

A drone struck the Belin police station and the township administrative office on March 28, injuring four staff members and one Commission employee.