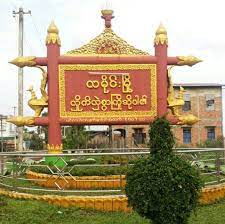 A 13-year-old boy’s dead body was discovered beside the Ye-Lamaing railway track beyond Red Bridge in Lamaing Town of Mon State’s Ye around 8:30 pm on January 22, the locals told Than Lwin Times.

The body of the murdered boy was hidden by branches in a bush near the railway track.

The boy left home around noon and did not return, so his parents searched for him and found him dead near their rubber farm.

Maung Min Tin, the son of U Tun Wai, a rubber farm worker, died of stab wounds to his hands and head.

It is reported that the body of the dead child was taken to Lamaing Hospital by social rescue teams.