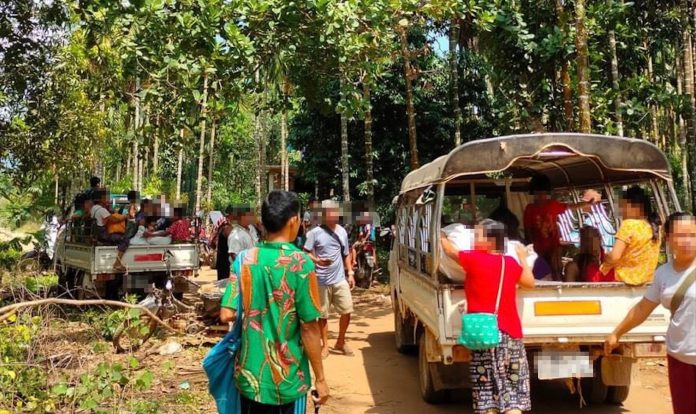 Armed conflict that broke out in Tanintharyi Region following the military coup has rendered more than 17,000 locals homeless, according to a report released by the Southern Monitor, a research group.

At least 60 houses were destroyed by arson attack of junta troops during the fighting in Palaw Township in December alone.

Additionally, the Tanintharyi Region witnessed 46 conflicts in December, with Palaw and Tanintharyi having the highest number.

According to the statement, as the fighting intensifies, the military council restricts travel and conducts strict inspections, making it difficult to provide food, medicine, and humanitarian aid.

Now, people fleeing the battle are urgent need of shelters and warm clothing.

According to Southern Monitor, 31 civilians were killed and 13 were injured during the armed conflict that erupted in Tanintharyi in December.