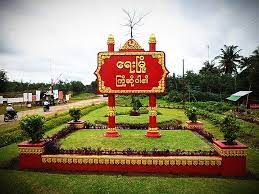 The two military personnel stationed at a monastery in Ye’s Kyotadar village were killed after hitting stake mine on January 6, the official of Ye Guerrilla Force told Than Lwin Times.

Around 6 pm, the two drunk soldiers were attacked by guerrillas while mounting guard in the village.

The two soldiers died on the spot and their bodies were taken to Light Infantry Battalion 588 by regime force, said Lieutenant Kyan Yit, the in-charge of Ye Guerrilla Force.

Following the event, junta soldiers stationed at the monastery have been constantly launching artillery shells into the neighborhood.

A 40-year-old local man was reportedly injured when a shell fired by the military council exploded in Kyotadar village.